As quick as a Quicksilver can be – The Activ 805 Cruiser

Brunswick boat group, one of the largest boat makers in the world with their Quicksilver boats, have also become one of the largest boat makers in Europe by units. The Quicksilver range is built thanks to a collaboration between skilled designers and naval architects of the Brunswick group. These boats boast the best length to beam ratio in their class which allows them to have an unparalleled utilization of space. The V hull which adorns these boats allows efficient traverse through the water and ensures stability. The Quicksilver Activ 805 Cruiser is for sale now and is well developed so that it targets the desires of almost all potential users.

The Quicksilver Activ 805 Cruiser's price might seem initially high, however, the quality, longevity, equipment, ergonomics and functionality justifies the initial investment when one takes into consideration all things that come with this boat. A typical example of middle-class boats for a smaller family includes a vessel 6-8 meters long which represents a golden standard for exploitation as well as upkeep. The Activ 805 Cruiser is 8.05m long and has a sundeck with a small cabin. A neat and pleasant unity is created by the boat’s speedboat hull along with some designer details. Precisely incorporated details offer a dash of stylishness which can be seen immediately, however, these details hide designer compromises which were made in favor of functionality.

The anchor rail doesn’t help the harmoniously designed bow since it looks a bit out of place; however, its function as a protective element, which helps if someone crashes into the waterside, is more than welcome. Mooring cleats are placed on each side along the edge of the wide gangway. They are leaned towards the outside and are easily accessible but spaced apart from the walkway. Stainless steel railing extends towards the windshield and slowly descends towards the stern. The entire bow from the top of the bow to the windshield, which spreads from side to side, is actually a straight surface which is interrupted only by the roof windows of the cabin. This helps turn the bow into a large sundeck with the help of waterproof pillows which are dipped in cream tones which offer a pleasant visual experience.

The control station is placed on the right-hand side with a co-pilot seat right next to it. The height of the windshield, as well as the angle it is placed at, ensures great protection from the wind both to the captain and to other passengers. Dark grey tones adorn the control station while leather details above the instrument board further enhance the visual experience of the boat. Motorboat instruments are added in the right corner right above the power stick while the switches and fuses have been lowered beneath the visual field of the captain.

Towards the stern, behind the captain's seat, is the galley. It follows the pathway towards the stern, which means that it narrows towards the end. Though a small space, numerous items have been tastefully placed in the galley. A gas cooker is located in the wider part with one flame while the basin, with a foldable faucet, is placed in the narrower part. The body of the galley block has a cooler box with a 50-litre capacity and a cabinet for items. If weather conditions require protection, the sunshade which is located on the side can be stretched in minutes and it can cover the entire cockpit. Interestingly enough, the sunshade is securely placed underneath lids in the floor which means that it won’t cause obstructions when moving about.

To obtain more space, the stern platform is elongated on both sides, and when we add that the motor crevice is covered by a lid which creates an additional surface, we get a very practical solution. On the stern platform, there is wet storages on each side and a ladder which are hidden beneath the surface. The volume of the cabin is quite large; descending down the stairs one reaches a deep cabin. The height of the cabin is well designed and there is a real toilet. The toilet has a nice toilet bowl as well as a wash basin built in. Besides the initial bed, there is a double bed which can be utilised only when the space is not being used for storage. It is obvious that the cabin was envisioned as being shortly used for a break while the cockpit will be occupied most of the voyage since it possesses all the necessities.

The Quicksilver Activ 805's price is justified by two Mercury Verada, 150 hp each, motors. It is very stable and one would think that we’re dealing with a much larger vessel. Though maneuverability is outstanding, the emphasis should be placed on stability, either when cruising or docking. Movement on board is not a problem with such great stability.

The Quicksilver Activ 805 Cruiser with the galley, toilet, navigation, bimini top, bow thrusters and elongated bow platforms has more equipment than standard vessels. When it comes to quality, longevity, equipment, ergonomics and functionality, the initial Activ 805 Cruiser price might seem high, however when considering what one gets ,the trade-off is a no-brainer.

High quality and prestige have no price, so get your model now! 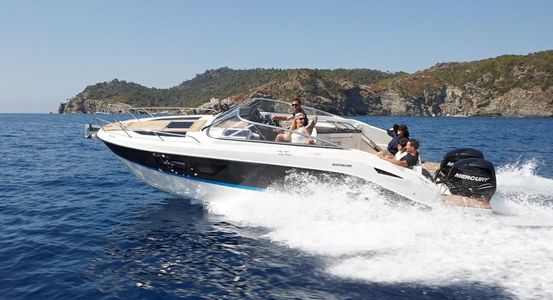 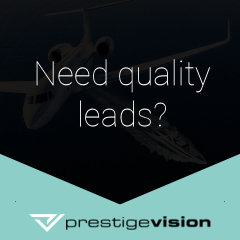 Other Boats for Sale
by Quicksilver Boats