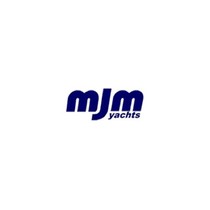 MJM Yachts’ astonishing story begins with Bob Johnstone who founded the shipyard.  He transcended his motivating spirit to the factory and they have successfully risen amidst their competitors due to their noteworthy performance, seaworthiness and a vast range of capabilities. Their powerboats are much sturdier, fiercer and create less drag. Apart from their dazzling physical appearance, their modified deep V-hulls magnetize the onlookers around the globe. In addition, due to MJM design, handling of their boats is a child’s play and straightforward. The leading-edge technology is implemented within their boats and because of the safety factor each and every boat is launched for sea trials before distribution.

The MJM 50z Yacht has risen amidst their endeavors to manufacture the best boats the world has ever seen. Indeed, this boat was awarded the 2014 AIM Editor’s Choice Awards for Best Down East Cruiser 50 feet plus. The victory was elaborated with these words: "The MJM 50z is very technically interesting, but more than this, her technology raises the owner’s level of enjoyment. Her light weight will make her accelerate and handle like a sports car, and at the same time, Doug Zurn’s hull design gives her a very sea kindly ride." Aren’t these the reasons most of us love to drive powerboats in the first place? Let’s probe into the MJM 50z Yacht review and discover the amenities.

The overall length of the 50z is 54 feet and 10 inches and has a 15ft wide beam. Let’s start with the performance figures and her ability to set sail in the open sea. Correspondingly, the standard engine is twin Volvo Penta 435 horsepower IPS D6 diesel including joystick maneuvering and pod drives. The optional engines consist of twin 370 horsepower Yanmar 8LV sterndrives or even triple Volvo Penta engines which slightly increases the draft of the boat. MJM highlights the speed performance and the economy. One can certainly validate the speed features since she can top speeds of around 40 knots. The economy is unquestionably magnificent.

The justification of this claim reflects on the construction of the MJM 50z with some major objectives, sharing the same DNA as her younger siblings the 34z and 40z. She is much lighter and can sail further with less fuel at the same time. She is built with a pre-preg epoxy shell and is strengthened with Kevlar making it possible to cross 1.300-mile range with the trawler speed of around eight knots. If sailing at the speed of 32 knots, she can cross 370 nautical miles with 40,5 gallons per hour fuel consumption. The economy of the yacht is also established via environmentally clean epoxy composites used for manufacturing the parts of the yacht. This results in a smaller carbon footprint with 50% and sometimes reaching 100 % better fuel consumption. Let’s engage in numbers in a more detailed manner. The MJM 50z yacht burns half the fuel compared to other boats of her size while cruising above 25 knots, concluding that this "made-in-the-USA" yacht is more economical and productive regarding the fuel consumption when compared to diesel-electric hybrids.

Docking is as simple as ABC due to the joystick maneuvering integrated with this beauty. She is quite responsive with her controls and all it takes is just a light touch on the stick. The dynamically positioned system is installed for holding her at the dock while tying her single-handedly.

The MJM 50z Yacht's operational features are based on plenty of space on the helm console for a pair of fifteen-inch displays, plus electronics in between and a Volvo Penta display on the right side of the console. The digital controls are to the starboard and the joystick is to the port. The position of the joystick is placed magnificently since the skipper can stand in the middle of the boat and use it while at the same time he can see both bow and stern. A 24-inch steering wheel fulfills the impeccability of the helm along with helm and cockpit air-conditioning.

In relation to technological advancements, the 50z has obtained cutting-edge technology manifesting as the most technologically, ahead-of-time, yacht among her peers. First and foremost, Seakeeper gyro stabilizers are integrated as standard equipment. Basically, these stabilizers eradicate roll in waves either during the ride or while standing still at the docks.  The stabilizers eliminate up to 90% of a boat roll. The stability itself is further boosted via a lower vertical center of gravity thus, she has acquired ISO Certified Category "A" Ocean. This recognition gets even more important when realizing that no boat of her size is certified higher than a "B" Category. The unparallel stability is more amplified with a modified deep V-hull. Fully-opening power windshields for control of fresh air flow have to be pointed out as one her advantages too. Thereupon, the 50z's price is more than reasonable since the owner gets the top of the class yacht.

Let’s turn the MJM 50z inside out and investigate her areas and space in general. MJM has simultaneously entwined top-notch technology and classical style. The yacht displays all bells and whistles packed within class down east style. Behind the aforementioned ample helm station, two extensive settees with a single table are placed for socializing with guests and family. The area is wrapped up with an integrated hardtop, flip-up windshields, and curtains in the back. Moving more aft, an open deck area is revealed encompassing plush seats and deep cushions. The teak flooring adds a nice classic touch to the style of the boat. There’s a nice refrigerator for refreshments during the hot days.

Stepping down below, one encounters a witted and practical arrangement. The galley is situated to port and it includes fridge/freezer drawers with an ice maker, wine locker, microwave and oven, two-burner ceramic cooktop, trash compactor and other handy elements. Just opposite is an immense L-shaped sofa with a dining table that can be conveniently transformed into a double berth. The master stateroom is furnished with off-white paneling. The American cherry wood highlights the teak and holly flooring. The stateroom, which is positioned more forward, contains a berth with a reading chair, under-storage, and desktop. The room has an en suite head which is complimented with a VacuFlush toilet and glass shower stall. The natural light is supplemented with 16 portlights, hull ports and deck hatches bathing the boat with more than enough natural light.

There are no "ifs" and "buts" with this 50z by MJM Yachts. She is categorically a game changer and a life changer. She simply has it all – functionality, comfort, economy, stability and speed. The matchless hull design enables it to hold off 21-foot waves at high speed while the stability is prevailing. The stability is increased with gyro stabilizers and solo docking is unprecedented. "Twice the fun, half the fuel" is MJM’s mantra because of the low fuel consumption, especially while comparing with other boats of the same category.

So, what are you waiting for? Reading the MJM 50z Yacht review may have made you realize that owning this yacht is a complete privilege. Grasp your chance now and contact us for any information whatsoever. Get onboard the MJM 50z Yacht  and start your new life journey. 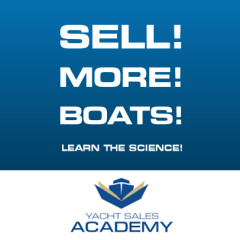 Other Boats for Sale
by MJM Yachts